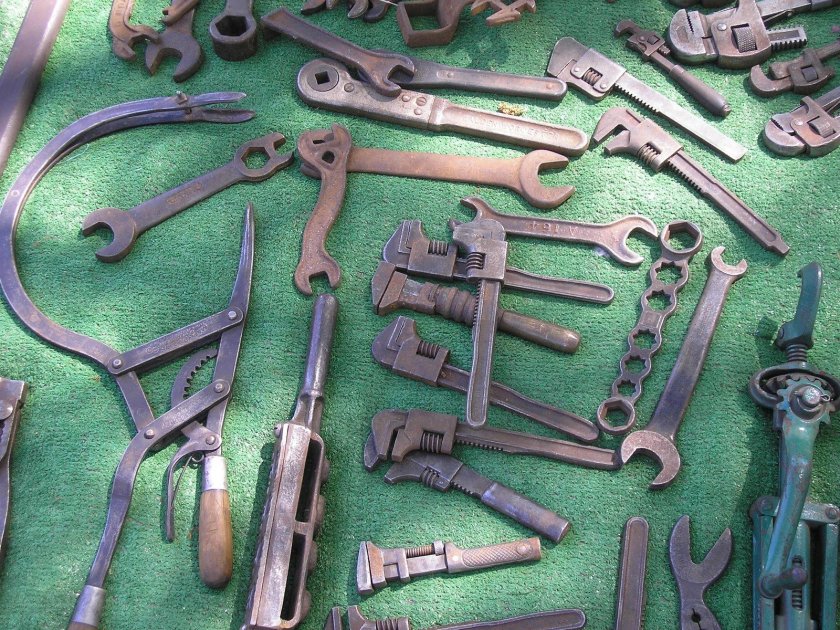 The Boilerman is tinkering in the other room. That’s not the proper name for the job, is it? Is it electrician? I want to say thermal electrician. Thermal engineer? Heating specialist. Hot water professional. I should have checked his pin badge, when he knocked. Coffee, milk, and one.

He’s battering away at something, throwing noise down the hall; every few seconds I can hear flushing sounds and scratching sounds, and the sounds of a drill. We didn’t have proper milk, only soy. Prentendy milk. I imagine him waiting for me to leave the room and then tipping it down the sink.

From the next room, I hear him opening something. Every new sound is different from the last. I imagine him levering the lid off a special biscuit tin full of various objet d’art, taking each curious item in his hands and creating new and different sounds with them, to bemuse and confuse the anxious listener in the next room: milk bottle brush, cloth sack of wrenches, welly boot, a cylindrical musical instrument that mimics the sound of thunder, wooden door stop, baby’s rattle, squeaky hinge. Every now and again, he churns out a grunt or wheezes a little, indicating the severity of the problem at hand. It sounds a complex routine.

He probably thinks that milk’s gone off. Came in, saw the mess, assumed the milk was a no-go. Did he even try it? I can’t remember seeing him try it. Air bubbles move through the pipes in the ceiling, like ropes of dirty pearls, and now I can hear him on the phone to Colin, It’s Andy. Motorised valve. Dodgy. Downcomer. Drum.

Anyway, I’m down the hall, wanting to kill myself again. I toy with the idea of not waiting for him to leave, imagining him shouting up the hallway, getting no response. Hello? Plodding down the hallway carpet, unsure of how far to explore before he’s out of acceptable territory. Yer there? Would he open the bedroom door? What about the bathroom door? Which would be least invasive? A rogue image flickers through my mind, of his red, hairy hands pulling a mealy limb from the bathtub before letting it fall, smacking the still and unmoving surface of the water. Perhaps he’d talk about it later that night, two pints deep in the pub, remarking about the temperature of the bathwater, or the way you never can tell about people.

All characters and events are fictitious, probably. View all posts by ataraxicat