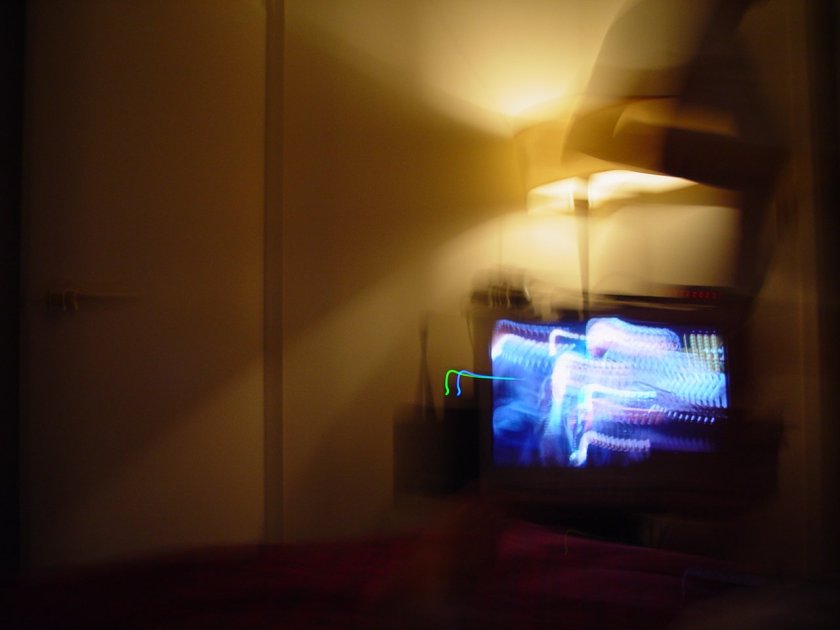 Sharon was on the telly the other day. At first, it was just a quick mention – her age, where she’s from, all that nonsense – and then another channel threw her picture up. I made her sit in front of the screen to watch, but she was shy and kept quiet, just sat there, all stiff. That’s you, that is! I pointed to the blurry old photograph they’d scavenged from somewhere. Not many people get to be on TV! She didn’t look too impressed.

Later that week, at the dinner table, she didn’t touch her food. What’s the matter? I asked, but she wouldn’t say. Just sat sort of slumped in her chair. She’d been in bed most of the day, and I could tell she hadn’t even bothered to shower – she was starting to smell bad.

The same broadcast flashed up that evening on the screen in the advert break for Emmerdale Farm, but they’d found a new picture this time – her parents had sent it in. There she was, grinning in a bathing suit, holding a shiny swimming medal up for everyone to see. Recent school photo. They’d cropped it, so you didn’t see below her shoulders. Hey, Sharon, don’t be shy! I shook her arm. You should be proud. Now everyone knows who you are. I nudged the tin of Quality Street her way, but she only looked down, and rolled her head into the sofa cushion. Tired, maybe. Awfully quiet.

The next day, we saw her again, in the paper this time – different picture – mummy and daddy very proud, and want her to know they love her. I laid the news out in front of her. Her cuppa had gone cold, though I’d probably just forgotten the sugar, is all. She gaped down at the headline, as I pulled her hair into a loose ponytail and tied it. Moved my hands to her shoulders, and rested them there. Might get a knock at the door soon, do you reckon? I smiled. Local TV might want to get in touch.

And wouldn’t you know it, the following day there was a rat-a-tat-tat at the front door. Sharon! Look who’s come to see you! I propped her up in the hallway, only, she smelled particularly bad at that moment, and hadn’t changed out of that school dress in days. The blue lights coming through the window made her look a right state, so before I answered the knock, I nipped over to straighten her up a bit. One sock had slipped down, and her collar was ripped. There were wet marks. Sharon, you don’t half look a sight! Just as I was dashing to get a tissue or two, the door came flying open and they came barging in. In the kerfuffle I could still see her little face, coy as ever, as they took photos. One of the fellas kept saying her name. You’ll not get a word out of her! I laughed. He looked up at me with an open mouth. Mustn’t have heard. I said, you wont get a word of out her. She’s shy, that one. Sharon’s face tipped my way as they readied her. I grinned back, and thought about what I’d fix us for tea once they all cleared off. She needed a good meal, did Sharon. Soon she’d be nowt but skin and bone, if she weren’t careful, and I knew for a fact that she wasn’t.

All characters and events are fictitious, probably. View all posts by ataraxicat